Scottish Film Locations is based in Penicuik near Edinburgh. The business is owned and run by professional photographer, actor and scriptwriter,  Al Anderson MSc. ABIPP. 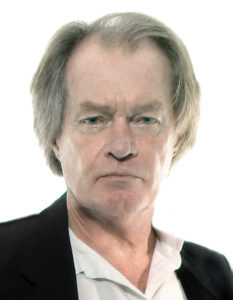 Study
In his early twenties Al studied at The Royal Conservatoire Scotland where he gained qualifications in Stage and Television Production, Management and Design. He then designed operas for the Royal Aberdeen Opera Society. In his mid-twenties he freelanced around Europe, sending his photographs back to various London Picture Agencies.

Next, his true love being the movies, he studied Production, Direction, Cinematography, Writing, Editing and Sound at the Scottish Film School, Napier University, Edinburgh where he received a Master‘s Degree.

After having left University, Al worked on various TV and Film Productions, both in front of, and behind the lens, ranging from film extra to director of photography.  He has been an Associate of the British Institute of Professional Photographers for over 25 years and long-time member of the Broadcasting, Entertainment, Communications and Theatre Union (BECTU).

Al will publish his first novel, “Over the Sea to Spy”. A black comedy. The book is available on Amazon.

This website uses cookies to improve your experience while you navigate through the website. Out of these, the cookies that are categorized as necessary are stored on your browser as they are essential for the working of basic functionalities of the website. We also use third-party cookies that help us analyze and understand how you use this website. These cookies will be stored in your browser only with your consent. You also have the option to opt-out of these cookies. But opting out of some of these cookies may affect your browsing experience.
Necessary Always Enabled

Any cookies that may not be particularly necessary for the website to function and is used specifically to collect user personal data via analytics, ads, other embedded contents are termed as non-necessary cookies. It is mandatory to procure user consent prior to running these cookies on your website.